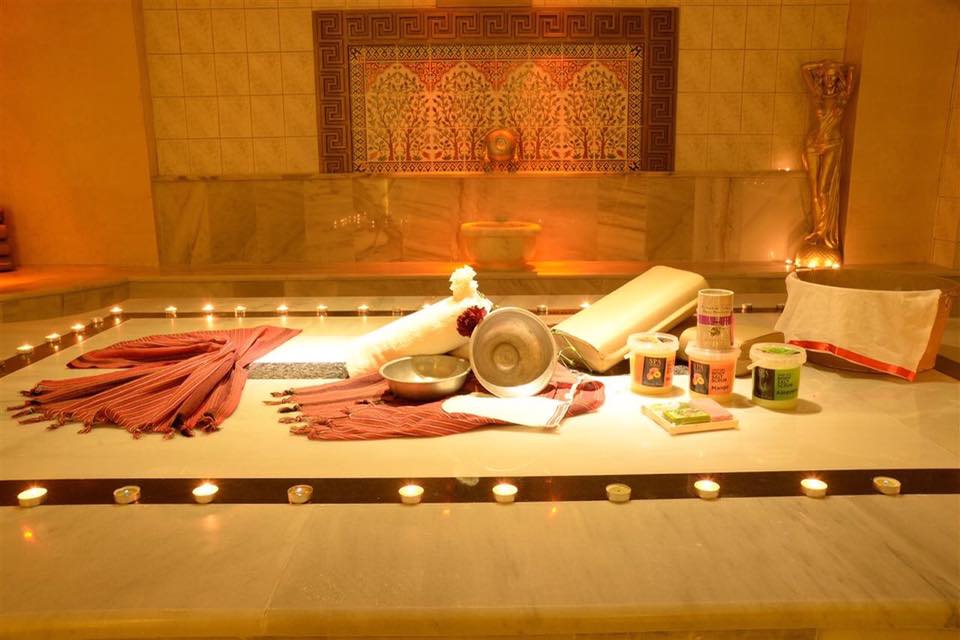 If you have never had the pleasure of indulging in a Hammam (Turkish Bath) then your next trip to Kalkan is absolutely the time to try. A “Hammam”, originally meaning both the public steam room and the deep cleansing ritual which takes place inside it, is a wonderfully rejuvenating ceremony that will leave you feeling relaxed, cleansed and lighter as it helps to expel toxins from the body as well as leaving your skin feeling incredibly smooth.

In the past century the Turkish Bath has changed from being a fundamental social activity to a nearly forgotten remnant of the past. It would be misleading to say that going to a hammam today is getting a taste of current local life as a large number of Turks no longer regularly frequent hammams as they did in the past. Nevertheless, a visit to a hammam is a chance to experience a rich and unique bit of historical tradition which the tourism industry is helping this tradition to stay alive despite local cultural shifts.

Public baths and purification rituals have been a prominent feature throughout history and can be traced across many territories and bygone cultures such as Ancient Greece, Ancient Japan, the Roman Empire and the Middle East to name just a few. Turkish Baths evolved from the model of Roman thermae and were a vital social institution in any Middle Eastern city for centuries before the start of modern plumbing. Inspired by their religion, the Ottomans conformed to their own rules on cleanliness and merged this with Roman bathing habits. While the Roman and Byzantine baths had pools, Hammams did not, as standing water is seen as unclean and not fit for drinking or purifying the body. Instead, they doused themselves in flowing water from taps whilst sitting on heated marble benches.

Hammams played a central role in promoting hygiene and public health, but they also served as meeting places for and socialising and purifying before prayer. Unsurprising then that many Hammams can be found next to a mosque as it was common for them to be built side by side to allow worshippers to be clean. Some impressive historical hammams still stand today in Istanbul, the oldest of which, Ağa Hamamı, was built in 1454. The number one rated hammam in Istanbul is the 300 year-old Cağaloğlu Hamamı which has both historical and architectural importance as it is the last great Turkish bath constructed before Sultan Mustafa III prohibited the construction of great baths in 1768.

Here is a brief description of what to expect from this long-standing ritual:

On arrival you will be handed a peştemal (a thin Turkish towel often available to purchase) before being sent to change which can be wrapped around the lower part of the body for men and around the centre of the body for women. The most common practice nowadays is to keep your swimwear on but keep in mind that the larger the swimwear the less of your body will be able to benefit from the exfoliation treatment.

The main focus of the hammam treatment is to detoxify and cleanse the body and remove old skin, in order to do this you must first get hot! On entering the “hot room” your hammam journey begins. Some centres have separate saunas or steam rooms for this part of the ritual or you may go directly into a ‘sıcaklık’- the main hammam room made from marble which is heated both around the edges and in the centre where the ‘göbek taşı’ (the central heating stone) is found.  Your time in the hot room usually last around 15-20 minutes and if there is no sauna or steam room available you should dowse your whole body with hot water that flows from the taps around the edge of the hammam room to make your skin warm and soft.

You will be invited to lie down on the heated göbek taşı where your attendant will begin the exfoliation part of the ritual by scrubbing your skin with a rough mit (called a ‘Kese’) which removes all the dead skin from your body. Contrary to popular belief this does not remove your tan and will in fact help you to get a better colour by removing old layers of skin. If you have sensitive skin be sure to make the attendant aware before the treatment begins so they can adjust the amount of pressure they use to exfoliate you. Following the exfoliation is the foam massage where you are covered in bubbles from traditional style soap and massaged on your back and legs.

You will now be doused in cool water until all of the foam is washed away. You may have a hair wash and quick head massage if you wish at this point, if you like a specific shampoo it’s a good idea to take this with you for the attendant to use.

You will now be guided out of the hot room to a lounging area where you can have some apple tea, or cold fruit juice and usually you will be offered a clay mud face mask which will sit on your skin while you relax feeling like a weight has been lifted from your shoulders. The whole experience should last between 45 minutes to an hour.

-Don’t go straight after a meal. The combination of heat, scrubbing and massage could be quite unpleasant if you have a full stomach.

-Stay hydrated! You’re going to lose a lot of fluid sweating so it’s a good idea to start properly hydrated and drink water after using a sauna or steam room.

-Socialise. Traditionally Hammams were social places and this relaxing leisure activity should be enjoyed in the same way today so go with friends or family, laugh, chat and unwind.

Kalkan is home to a number of both independent hammams and hotel spas which have hammam facilities the question is which one should you choose? If a day of lounging appeals to you then one of the hotels may be a good choice as they offer packages including breakfast or lunch and you can make use of their pool and sun terrace facilities. Both the Elixir Hotel and the Lykia Residence & Spa have popular spa amenities and beautiful grounds ideal for spending some time luxuriating in peace. On the other hand if you want an invigorating scrub but have a busy timetable planned a visit to one of the independent hammams like the Atlantis or Arcadia hammams may be a better choice.

What can Kalkan Holiday Property do for you?

We understand the importance of having a fulfilling holiday and having the opportunity to experience new things. Our team at Kalkan Holiday Property are very passionate about what Kalkan has to offer our clients. When holidaying in one of our properties, our concierge services allow you to enjoy your holiday to the fullest. If you are looking to book a treatment as a group or on your own, a member of our helpful team will be more than happy to advise on options and organise your reservations.

Don’t forget to tag us at @kalkan.holidayproperty next time you visit and snap a picture at one of these marvellous local hammams!